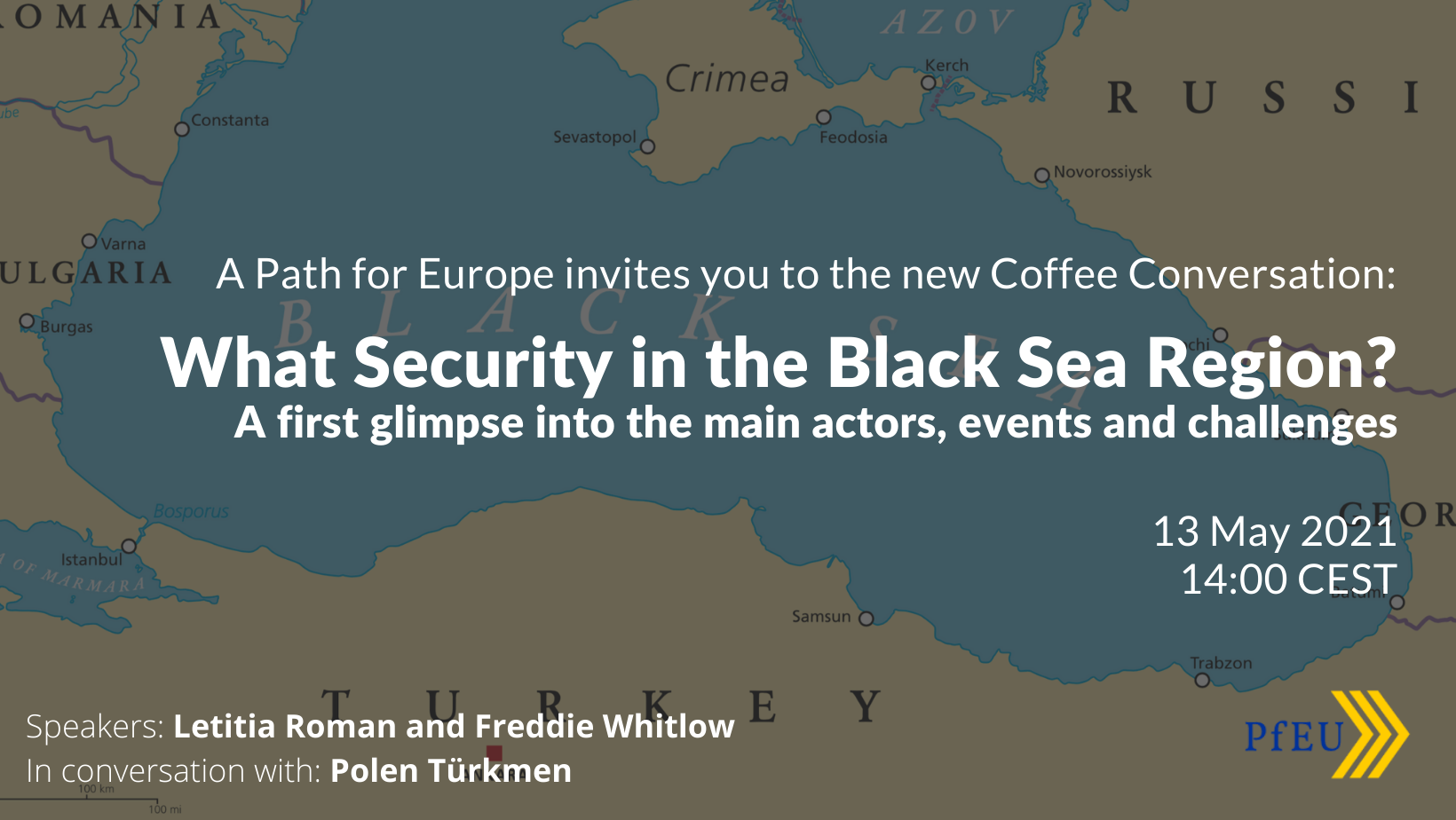 What Security in the Black Sea Region? A first glimpse into the main actors, events and challenges

The Black Sea region is gaining importance in the international and European security agenda. A number of key issues such as increased militarisation, the continuing importance of the region’s vast natural resources, the changing nature of security threats such as mis/disinformation campaigns and the ongoing frozen conflicts of the region have raised important questions about the region’s current and future security situation. Join A Path for Europe’s Foreign Affairs and Security team as they inaugurate their project on the EU’s Black Sea Foreign and Security Policy through a brief discussion on the main actors, events and challenges to security in the Black Sea Region.

Speakers:
Freddie Whitlow, permanent author at A Path for Europe (PfEU). Freddie focuses on transatlanticism, European defense integration, security policy in Eastern Europe and the post-Soviet space, and the West’s relations with the broader Kurdish regions.

Letitia Roman, permanent author at A Path for Europe (PfEU). Letitia’s areas of interest include security, Conflict Management, and International Affairs, with a focus on Eastern Europe and Neighbouring countries.

The event is finished.