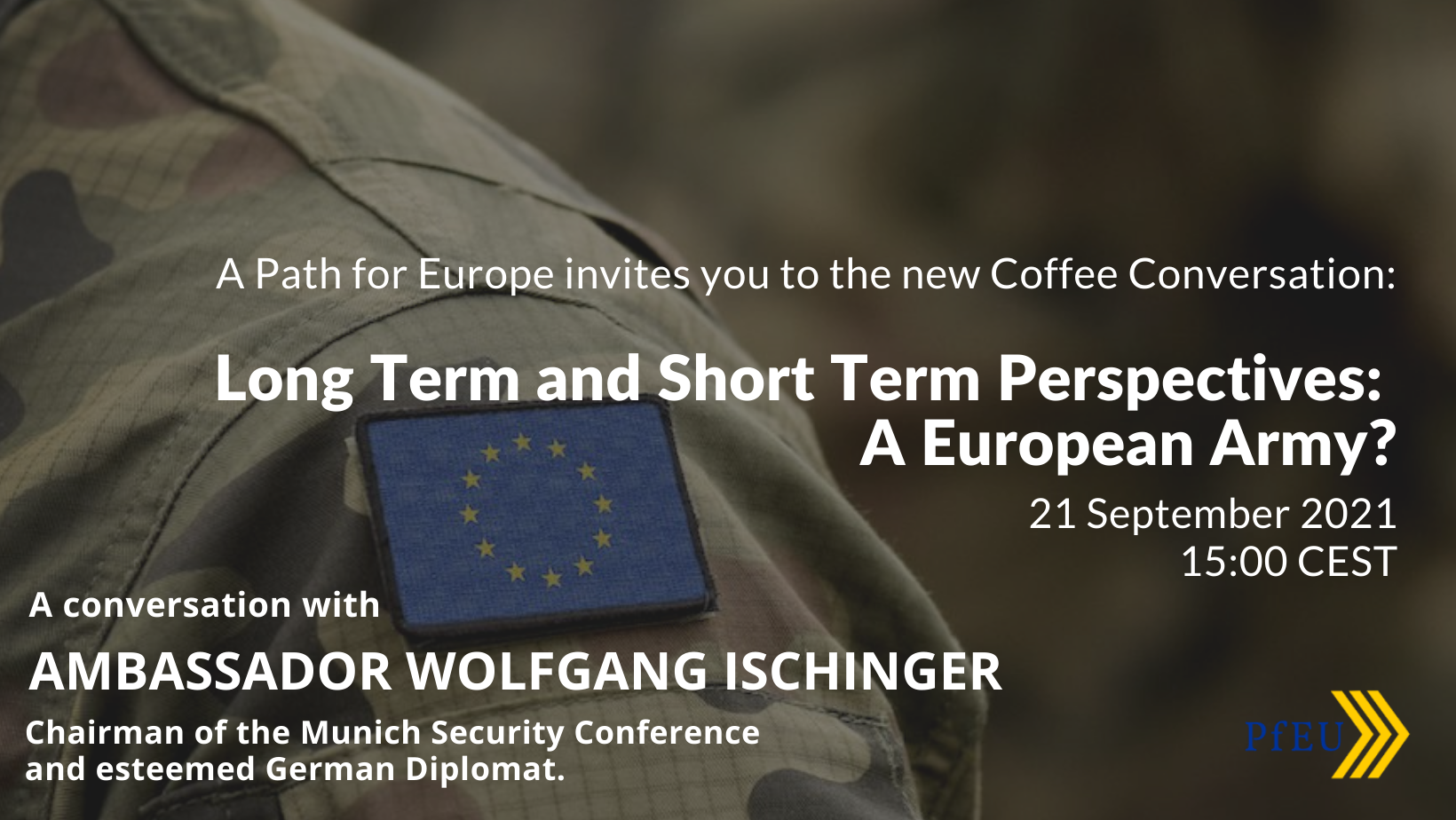 With the disagreement in Europe over the withdrawal of troops from Afghanistan, the idea of a “European Army” has once again gained attraction amongst European leaders. EU foreign affairs representative Josep Borrell, the EU military committee chairman Claudio Graziano and the President of Italy, Sergio Mattarella have recently favourably spoken towards progressing the creation of a security architecture independent from the United States. In contrast, Germany’s Defence Minister Annegret Kramp-Karrenbauer (AKK) wrote a contested article claiming that “Europe will not be able to replace America’s crucial role as a security provider”, drawing criticism from the French President Emmanuel Macron who “profoundly” disagreed with these remarks. Why are European leaders so divided on the creation of a European Army? What is the role of diplomacy in the creation of such a structure? What is Germany’s vision on this?

Please join A Path for Europe (PfEU) in welcoming the Chairman of the Munich Security Conference and esteemed German diplomat Prof. Wolfgang Ischinger to explore these questions at our next Coffee Conversation.

Ambassador Ischinger has been Chairman of the Munich Security Conference (MSC) since 2008. A German career diplomat, he was State Secretary (Deputy Foreign Minister) from 1998 to 2001. From 2001 to 2006, he was the Federal Republic of Germany’s Ambassador to the U.S., and from 2006 to 2008, to the Court of St James’s.  He is a Senior Professor at the Hertie School, Berlin, and serves on the boards of companies as well as non-profit-institutions, including Atlantik-Brücke/Berlin, the American Academy/Berlin, and the Atlantic Council of the United States/Washington D.C.

The event will be moderated by Polen Türkmen, Research Associate for A Path for Europe’s Foreign and Security Affairs team.

The event is finished.